In the case of the next wave of Covid-19, the organizer reserves the right to change the formula of the meeting to a remote form.

During the conference you have the opportunity to:

It remains to start the conference 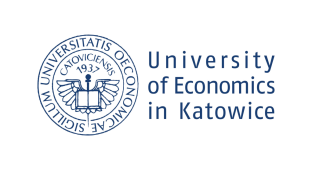 The program of the 2022 edition will be filled with speeches and presentations by our best speakers in recent years. 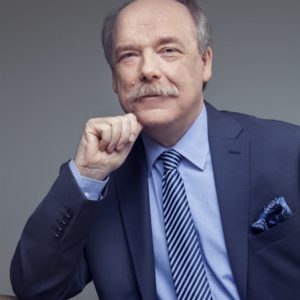 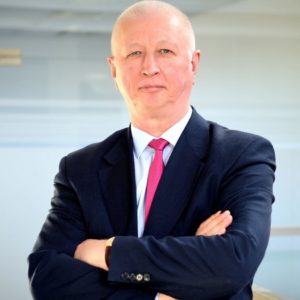 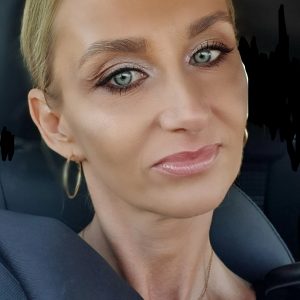 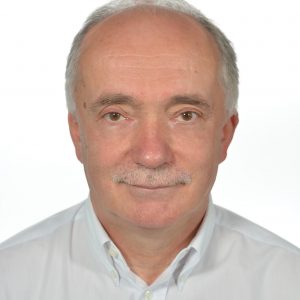 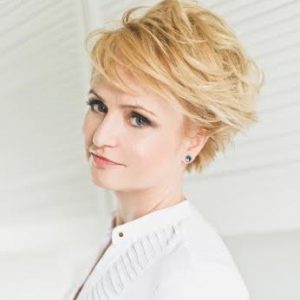 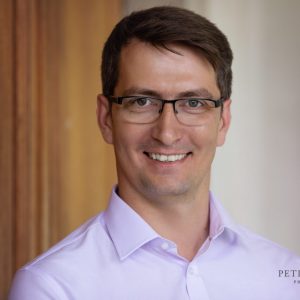 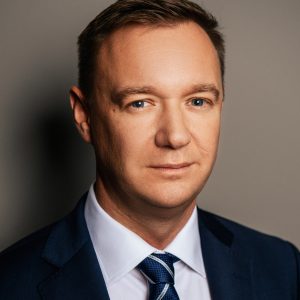 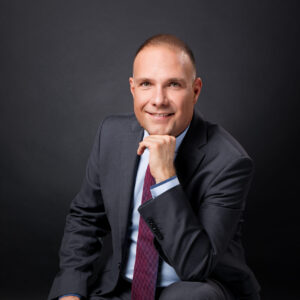 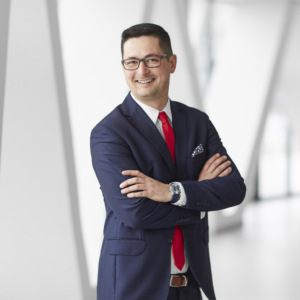 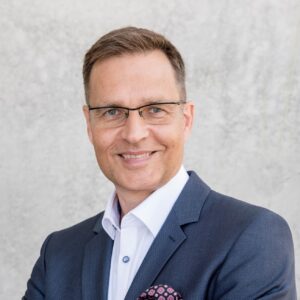 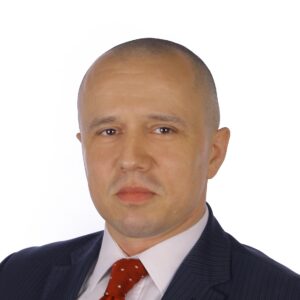 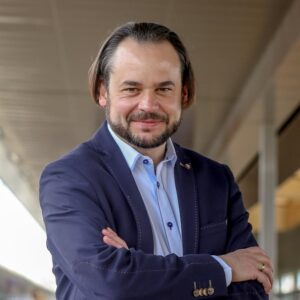 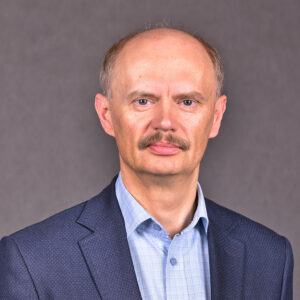 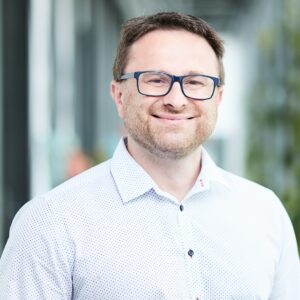 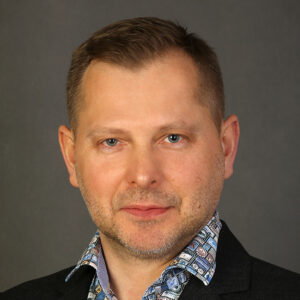 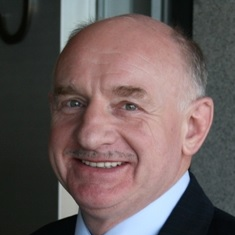 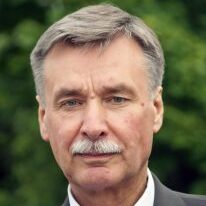 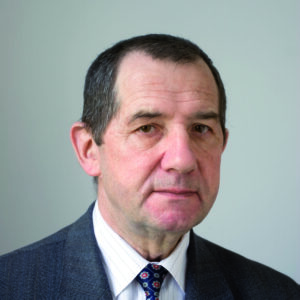 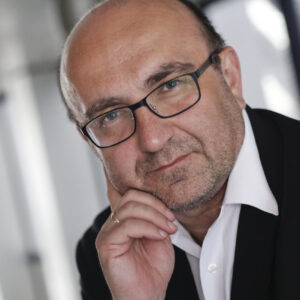 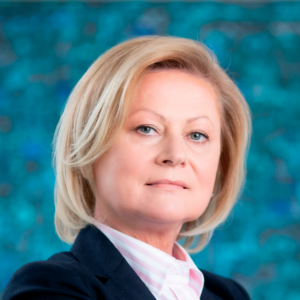 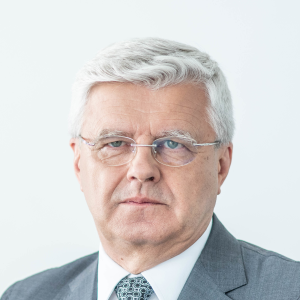 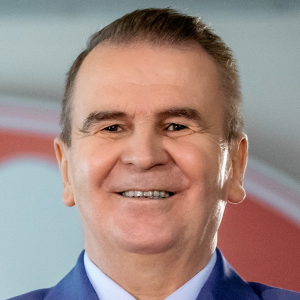 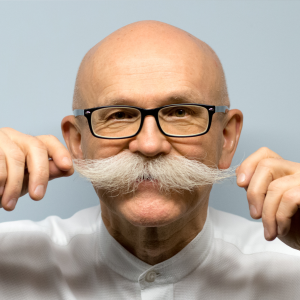 President of Council of Supply Chain Management Professionals (CSCMP) in Poland, Professor at Department of Economics and Scientific Director of Logistics & Procurement Research Center at Kozminski University. Prof. Jarzebowski has many years of experience in teaching activities in field of information technologies in logistics, business process modeling and supply chain management. The scientific and research activities focuses on the efficiency of companies, supply chain management and logistics. He is an author of several dozen publications including international ones. Prof. Jarzebowski made multiple foreign research stays at the Universities of Bonn, Hamburg and Halle, as well as Visiting Professorship at the Fisher College of Business at Ohio State University, USA and at the University of Bonn, Germany. Prof. Jarzebowski is a scholarship holder of the Deutscher Akademischer Austauschdienst (DAAD), the Schaumann Foundation and others. He is a coordinator of domestic and international projects in the field of logistics and supply chain management.

Member of the Management Board Mirosław Antonowicz – PhD in economics in management sciences, Certified e.g. „Senior Logistics” European Logistics Asociates Brussels, Business Trainer. Researcher of Leon Kozminski Academy – College of Management, Professor of Leon Kozminski Academy – Department of Marketing, Head of Postgraduate Studies in ALK in Logistics Management, Purchasing Management, Head of Certified Master’s Studies in Logistics and Supply Chain Management of Leon Kozminski Academy.  Director at the International Science and Business Centre (LPC) in logistics, transport and purchasing at ALK Active Manager of the Transport, Forwarding and Logistics mSector (TSL), among others, President and Vice President of the Office of Rail Transportation 2006-2010,  Member of the Board of Grupy PKP in the years 2017-2020, Chairman and member of many Supervisory Boards e.g. Vice Chairman of the Supervisory Board of PKP CARGO S.A. in the years 2017-2020., Member of the Polish Logistics Society, Member of the Association of Managers and Experts of Rail Transport in KIG. Former expert and member of the Bureau (two terms) of the Logistics, Logistics and Transport Processes Section – Transport Committee of the Polish Academy of Sciences (2007-2014). Currently, President of the International Organisation for Railway Cooperation of the OSZD and Member of the Scientific Council of the Railway Institute Co-author of 3 monographs and 5 compact practical studies in the field of transport. Author of more than 200 scientific articles in the field of management, transport, marketing, logistics. Participant or manager of more than 20 different types of research and advisory programmes Dr. M. Antonowicz has been or is a member of the Scientific Councils of several journals in the field of transport and logistics, e.g. „Logistics and Transport „Transport „Transport Review”, „Rail Transport Technology”; permanent collaborator, „Eurologistics and „Logistics and Quality”. Organizer and Participant of many international and national conferences and seminars.

PPH Ewa-Bis Sp. z o.o.
He graduated of the Warsaw Agricultural University, SGGW – Faculty of Food Technology in 1975. The first 15 years worked in the Polish food industry. He started as a production engineer in a fruit and vegetable processing plant and then from the Union level as Production Inspector coordinated the development of new products in 22 production plants located throughout Poland. The next 13 years continued his professional career at the Agricultural Cooperative as production manager, board member and chairman of the board (10 years). In 1993 he started work at the large international company METRO Group. Initially a Merchandiser of food products and later promoted to Deputy Director of Sales Makro Cash and Carry Polska. In 1998, after training in the United Kingdom, the Netherlands, Spain, Portugal and the USA, he was responsible for the first private label project in Poland and then coordinated the development of private food and non food products in Metro Group International, Macro Czech Republic, Metro Hungary, Romania, Bulgaria and Turkey. In parallel he worked as a member of the international team preparing METRO Group’s new investments in Russia, Ukraine and Croatia. In 2001, he was promoted to the position of CEE Quality Assurance Supervisor with the task of coordinating quality assurance in the Metro Group: Poland, Czech Republic, Slovakia, Hungary, Romania, Bulgaria, Moldova, Serbia, Croatia, Ukraine and Russia. Supporting the development of Private Label and International Purchasing. Since 2003 he has been a Metro Representative in Globalgap and IFS. In 2010, he began working as an independent business development consultant in the areas of export-import and retail. It works with IFS. Over 25 years he has held periodic roles in the boards of several companies (EWA-BIS Group) operating in various business fields in Poland, Russia, Ukraine, Germany and Canada. Mr. Marek Marzec has written many articles in specialist journals. He gave lectures at international conferences in Warsaw, Paris, Berlin, Dusseldorf, London, Madrid, Sofia, Zagreb, Belgrade, Bucharest, Prague, Budapest, Kiev, Tbilisi, Baku, Moscow, Toronto and Chicago.

Raben Group
At the beginning of 90’s  Andrzej Siess last century he has begun to cooperate with Raben, which established its logistics business 28 years ago in Poland. Now days Raben Group is operating in 13 countries included Poland and CEE region. Employ 10.000 people, have 1.000.000 sqm for rent and run 8.000 trucks in daily business Andrzej Siess has worked as Board Adviser to Raben Group Management for many years, Represent Raben in Foreign Chambers of Commerce as well as Domestic and International Institutions like Polish Chamber of Commerce, Polish Foreign Investment Agency and Trade and many others in Poland.

Logopak East Sp. z o.o.
Sebastian Bownik is the Technical and Commercial Director at Logopak East and is responsible for the company’s strategy and development. He has 15 years of experience in the labeling industry with self-adhesive labels. He completed 300 projects and participated in the installation of over 1000 machines in Poland, the Czech Republic, Slovakia, Russia, Ukraine and Romania. Student of Business Psychology at the SWPS University in Warsaw. Hobby: personal development, sport, permaculture, carpentry.

Position: Director Institution: Hafen Hamburg Marketing e.V. Representation in Poland For over 30 years he has been professionally involved in the maritime economy. A graduate of the Gdynia Maritime University, postgraduate studies at the University of Gdańsk (Transport and Logistics) and MBA in Logistics and Supply Chain Management at the University of Logistics in Poznań. He gained practical experience as a merchant navy officer on ships of Polish and British shipowners, then in an agency representing the shipowner CMA-CGM. Since 2002, he has been representing the port of Hamburg in Poland. He lectures at universities in Warsaw and other cities in the field of technology and organization of sea container transport.

Manager with over 20 years of international professional experience in logistics. A graduate of the Faculty of Law and Administration of the Jagiellonian University. He also completed post-graduate studies in financial management organized by the Warsaw School of Economics and obtained the title of Master of Business Administration after graduating from studies organized by the University of Economics in Krakow in cooperation with Stockholm University. He gained international professional experience working, among others, in the following groups: Arcelor Mittal and CTL Logistics, where he dealt with the management and organization of complex logistics projects. Since 2016, he has been the President of the Management Board of Euroterminal Sławków Sp. z o.o. Member of the Association of Experts and Managers of Rail Transport.

Raben Group
W Rabenie pracuje ponad 10 lat. Pierwsze cztery zajmował się powstaniem nowego oddziału w Opolu, gdzie był odpowiedzialny za stworzenie struktur biurowych, sprzedażowych oraz części transportowo-magazynowej oraz tym, co w tamtym momencie było najważniejsze - pozyskaniem nowego biznesu. Po tym okresie nastąpiły przenosiny do Oddziału w Gliwicach i objęcie opieki nad lokalnym działem sprzedaży. Kolejne zadanie to praca na stanowisku Key Account Managera w dystrybucji międzynarodowej. Obecnie od kilku lat w Centrali Raben Logistics Polska odpowiada za rozwój logistyki kontraktowej.   He has been working in Rabena for over 10 years. The first four dealt with the creation of a new branch in Opole, where he was responsible for the creation of office and sales structures as well as the transport and warehouse part, and what was most important at that time - acquiring a new business. After this period, there was a transfer to the branch in Gliwice and taking care of the local sales department. The next task is to work as a Key Account Manager in international distribution. Currently, for several years at the Raben Logistics Polska Head Office, he has been responsible for the development of contract logistics.

The program will be available soon. 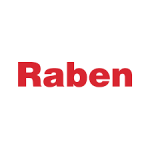 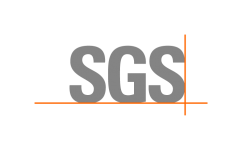 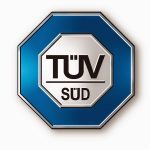 Are you interested in sponsorship or other partnership opportunities?
Check the available options and choose the one that suits you best.

CSCMP CHAIRMAN OF THE BOARD